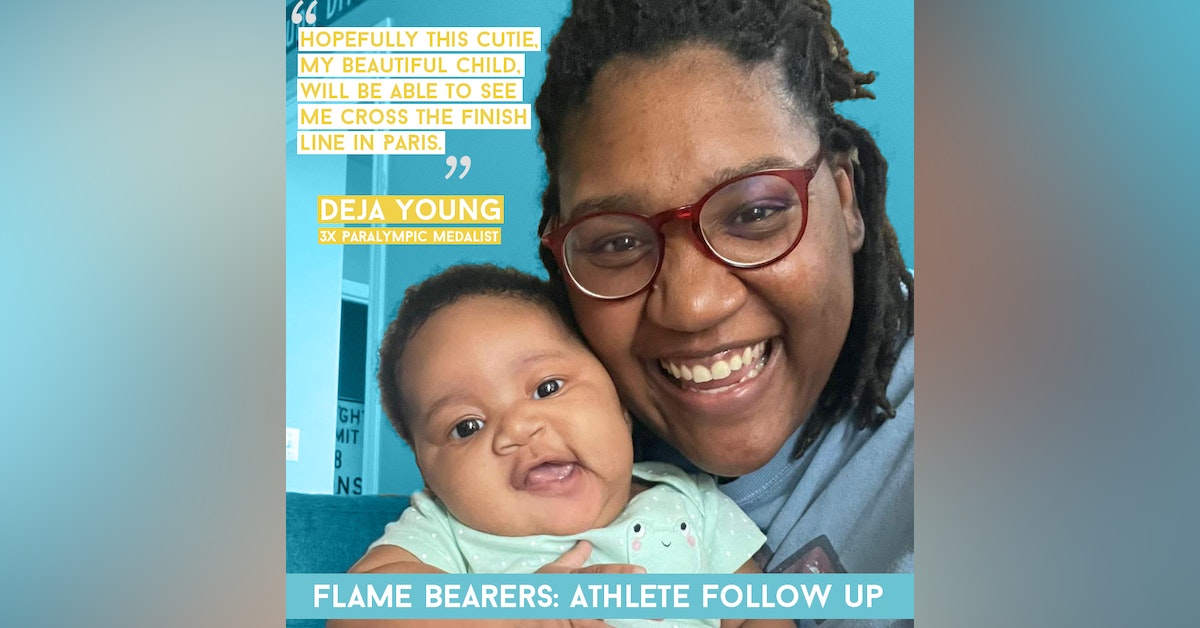 Every 4th episode this season, we’ll circle back with an athlete we’ve previously worked with to update you on her life and what we previously discussed. In Season 1, Deja focused on her ongoing b...

Season 3
Every 4th episode this season, we’ll circle back with an athlete we’ve previously worked with to update you on her life and what we previously discussed. In Season 1, Deja focused on her ongoing battles with mental health and her attempted suicide. In this new episode, we discuss Deja’s life two years later. She opens up about the huge relief she felt after the Tokyo Paralympics, the birth of her baby girl, Saia Rae, and postpartum depression. Deja is a 3x Paralympic medalist and an outspoken advocate for mental health. She's committed to sharing her experiences so other know they're not alone and can seek help. In this episode we hear from Aja Clarke (Doula & Associate, National Birth Equity Collaborative), Dr. Mickey Sperlich (Trauma Researcher & Assistant Professor, University at Buffalo), Dr. Katayune Kaeni (Psychologist specializing in Perinatal Mental Health & Current Board Chair, Postpartum Support International), and Saia Rae (Deja's daughter). Production Team's Favorite Quote: Deja always keeps it extremely real, whether she's posting on social media or deeply engaged in conversation. When sharing her fear of having a c-section, Deja mentions her fear of mortality at the hands of racism. "The mortality rate for black women in pregnancy in the United States is really high. It's extremely high. So when I heard about c-sections and did my reading on like giving birth, I was terrified because I know a lot of providers don't listen to black women...I ended up having a C-section..It was one of the scariest moments." This was our favorite quote because it was a reality check. RESOURCES FOR POSTPARTUM SUPPORT --------------------------------------------------------------- Dr. Kat Kaeni kindly recommended the following resources: - Postpartum Support International (www.postpartum.net) with countless resources including helplines, experts and mentorship opportunities, and educational materials) - Mom & Mind Podcast (www.momandmind.com) Media clips from the following sources were used in this episode (in order of appearance): - Team USA's YouTube Page: 'Deja Young | Women's 200m T47 Heat 2 | 2016 Paralympic Games' - GoShocker's YouTube Page: 'Deja Young Returns to Wichita State with Two Gold Medals' - Good Morning America's YouTube Page: 'Serena Williams opens up about medical scare after giving birth to baby girl'