The Making of Becky Sauerbrunn’s Episode 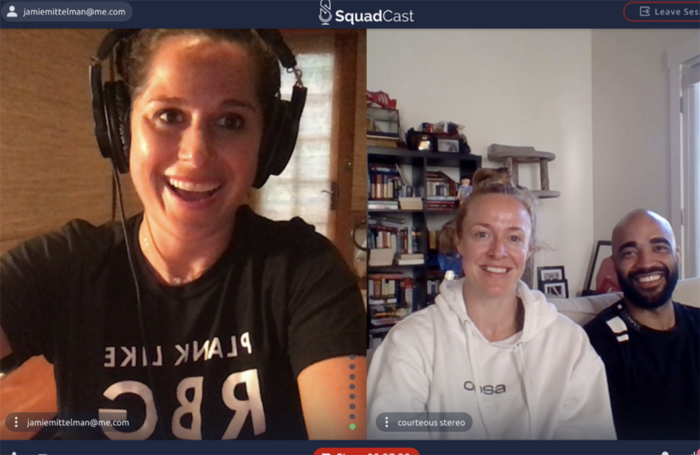 Securing Becky’s participation was a huge win coming out of the gate. Even before our interview, I knew that her episode would be a part of the season launch. There were two reasons why:

To prepare for my interview with Becky, I read everything about her I could find, including arguments siding with US Soccer against the lawsuit (see below section, Articles that I found particularly helpful in my research for Becky’s episode). Honestly, I had already read a lot of content on Becky given my personal obsession with soccer, but now I was reading less from a fan-perspective, and more from a journalistic-perspective. Simply put, I felt a journalistic responsibility to portray the lawsuit in as unbiased of a manner as possible. I hope in doing so I didn’t upset someone I have looked up to for many years (Becky).

Just like I do with all athlete interviews, I sent Becky draft questions for her review, offering her the opportunity to change anything/steer the questions in a different direction. Her longterm boyfriend, Zola also planned to join the conversation, so I included targeted questions to him as well.

After the interview, I sought out multiple experts who could help contextualize some of the issues Becky and Zola had discussed: women athletes’ pay in sports, gender discrimination, and media attention. I also actively sought comments from US Soccer to provide their perspective on the lawsuit, but they declined to comment. That said, to help me better understand their side, I did my best to put myself in their shoes and read every single published remark about the ordeal.

While I employ this approach for all of my episodes, I thought reading material from as many different sources was particularly important for Becky’s episode given the outstanding lawsuit and differing perspectives on what is right and wrong.

After finalizing the episode, I went through the script and pulled out a few of the most powerful quotes, and turned them into quote cards for marketing purposes. Once again, I shared these for Becky’s approval. Her finalized graphics are below; I used these in email and social media communication.