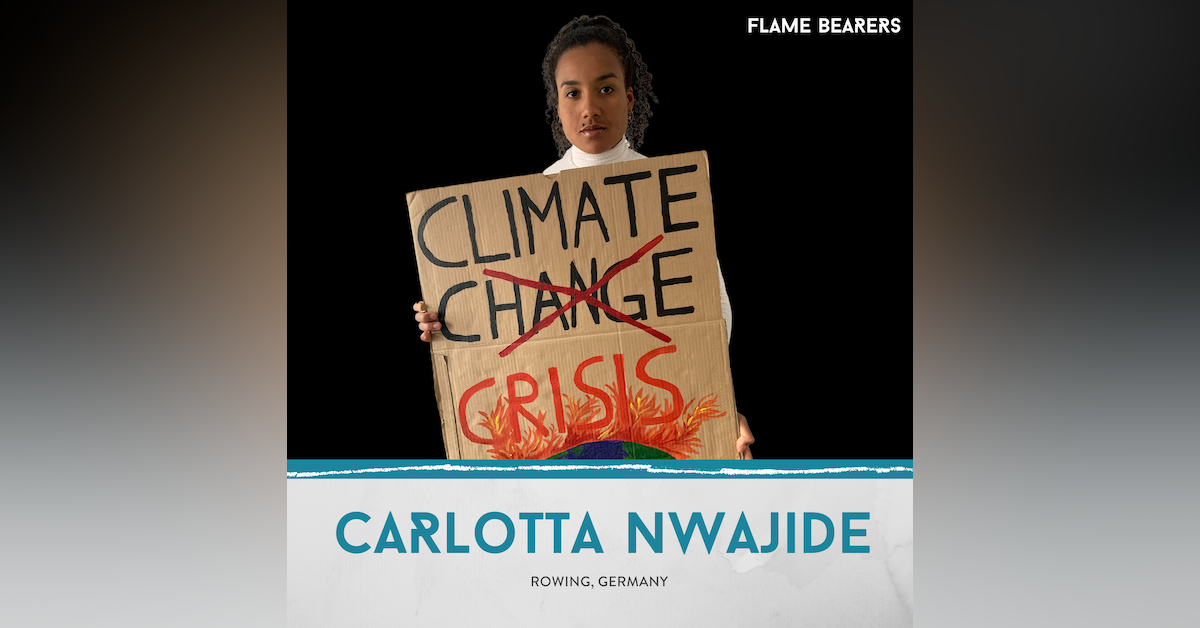 Carlotta is not only a Vice World and European Champion, but also an outspoken activist who leads by thoughtful example. She believes that inaction is action in and of itself, whether it comes to racism or environmentalism. Carlotta grew up competing as the only black rower in her community and knows what it's like to be known for her skin color before people see her character. She fell in love with our planet during the many hours she's rowed outdoors and has taken it upon herself to minimize the environmental impact of the entire Germany Rowing Team. Now at age 25 and on her way to Tokyo, she's using her platform to create positive social change for antiracism and environmentalism. In this episode, German Olympic Rower Carlotta discusses the implications of race and what it means to be a black female rower in a predominantly white sport. She also talks about how rowing in the outdoors birthed a passion for environmentalism and how the German national rowing team is combating the climate crisis. Experts interviewed include Sabine Grages-Nwajide (Carlotta's Mother); Kim Brennan (16X National Champion, 3x Olympic Medalist); and Arshay Cooper (Rower & Award-Winning Author, A Most Beautiful Thing). Media clips from YouTube's 'Olympic rowing, explained', and Jamie Margolin's TEDxYouth@Columbia 'Patriarchy, racism, and colonialism caused the climate crisis'

Welcome to the Flame Bearers podcast where we hear from the women athletes carrying Tokyo’s Torch. In this episode, we hear from German Olympic rower Carlotta Nwajide as she discusses the issue of race and what it's like to be black in a predominantly white sport. Listen as she shares how rowing in the outdoors has birthed a passion for environmentalism, and how her team is working to combat climate crisis.

We begin with a brief history and overview of rowing —as one of the original Olympic sports from 1896, rowing has quite the history! Next, host, Jamie asks Carlotta how she found out that the Olympic Games were postponed and what it was like when her team had to quarantine. Carlotta shares how continuing to row is what got her through this past year. What drew her to the sport in the first place? Her love for being out in nature and the complexity of the multiple components of the sport were captivating. Even elite athletes have to start somewhere, Carlotta’s journey with rowing began when she was 10. While it was difficult for her to learn, her school teacher and role model pressed her onward. Jamie tracked down role model, Kim Brennan, to chat with her about what it means to impact the next generation of Olympians.

The conversation shifts to discuss racial identity and how it shapes who Carlotta is today. Hear from Carlotta’s mom about how Carlotta took something negative and turned it into something positive—she’s proud of her personal development and standing up. Medals cannot shield someone from affects of systemic racism. Learn about how the structure of having a single Point of view from a wide perspective affects one’s thinking. How do you unlearn systemic racism? Arshay Cooper, author of A Most Beautiful Thing, speaks to this. Where did the precedence of white rowers begin? He shares his experience about feeling like he belongs. The sport is exhausting, so you have to prepare for race issues beforehand in order to better focus on the task at hand.

Racism is not the only thing Carlotta is outspoken about. Listen as she shares her passion for climate crisis and how it is connected to racism at the roots. She  likes to address roots over symptoms. For more on connecting environmentalism and colonialism, Jamie Margolin from Zero Hour, offers some thoughts. Did colonialism just evolved, or did it  go away? Problem inside climate movement is emphasizing racism as certain groups are more affected. Climate change is often seen as future problem, but they say it is a present issue. Climate protection is simply human protection.

As we wrap up the conversation, hear about what a rowing team do to become greener. Keep your emissions in check. Learn about their reforestation project and the way they are changing how athletes see their role in taking action. Don’t miss out on what you can do to support her work? 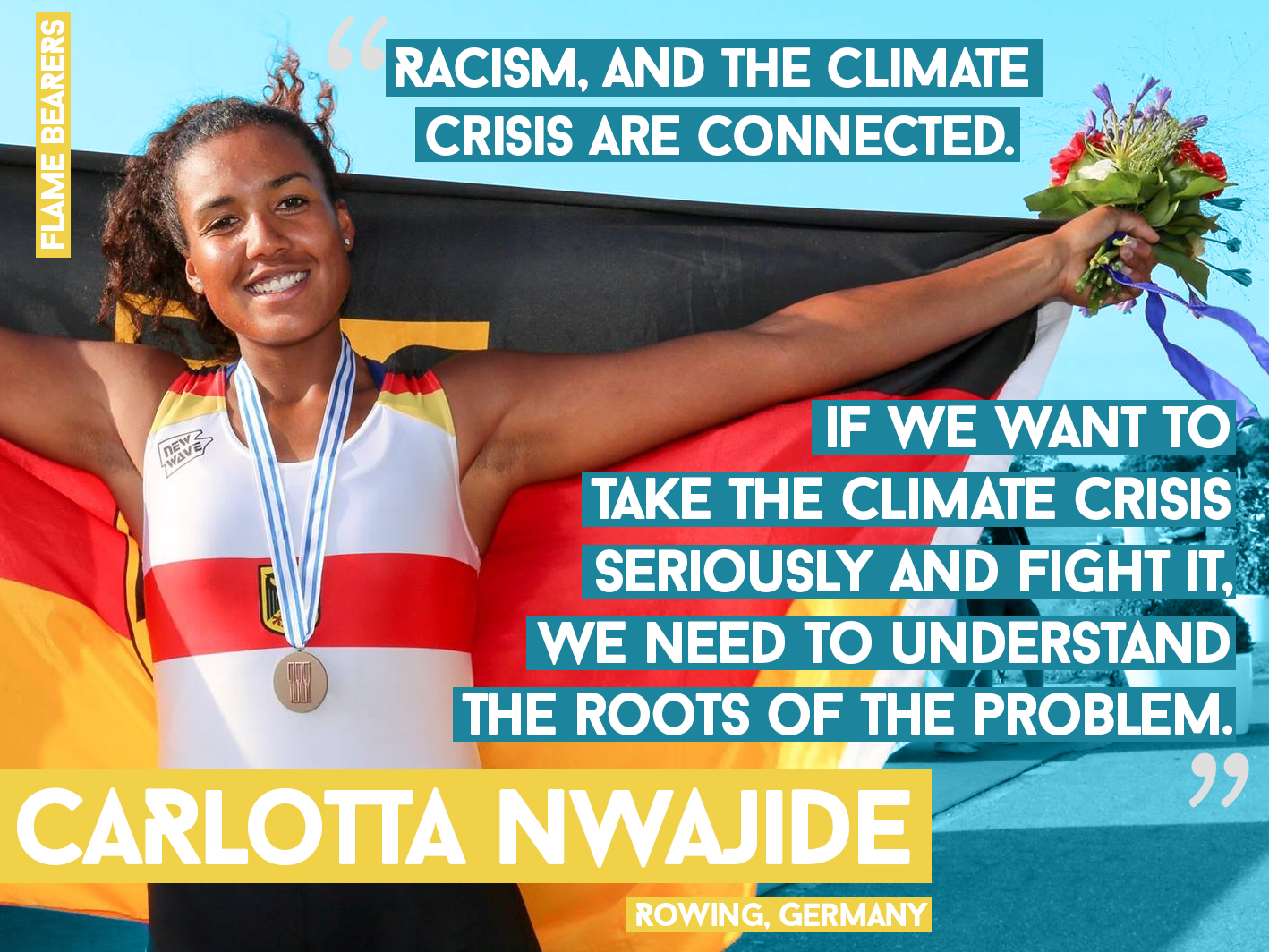 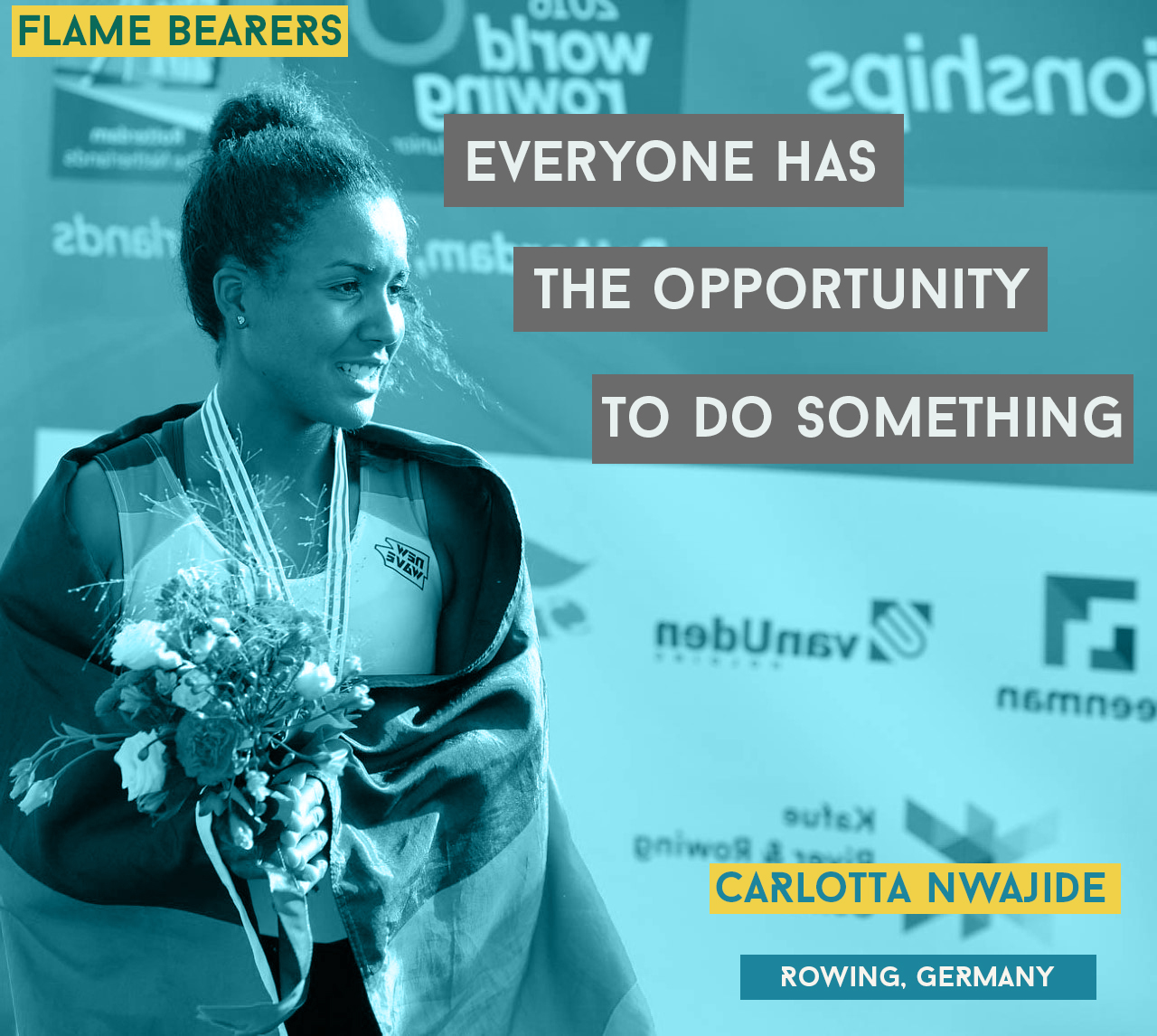 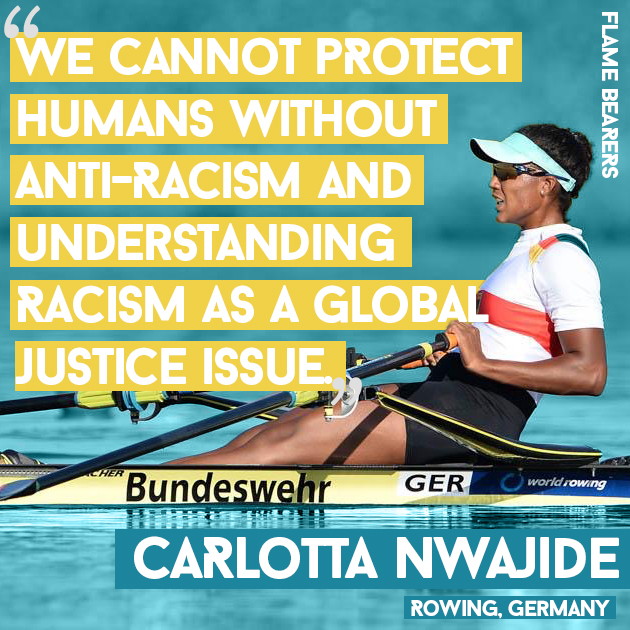