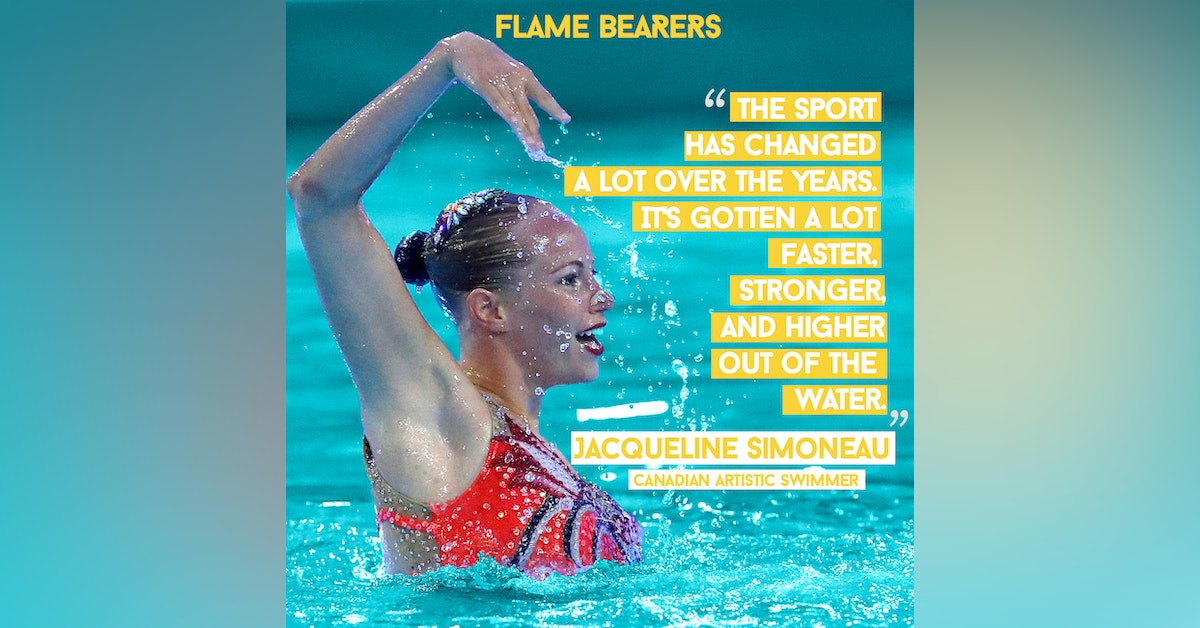 In this episode, we speak with 4X Pan American Games' gold medallist and soon to be 2X Canadian Olympic Jacqueline Simoneau. At home, she's Jacqueline and in the pool, she goes by Jackie. We hear how her journey to the Olympic pool has been “synchronized” with hard work, a touch of glamour and the loving support of family and friends. We explore how the sport of artistic swimming evolved from the days of vaudeville as well as how gender plays a role in unexpected ways. 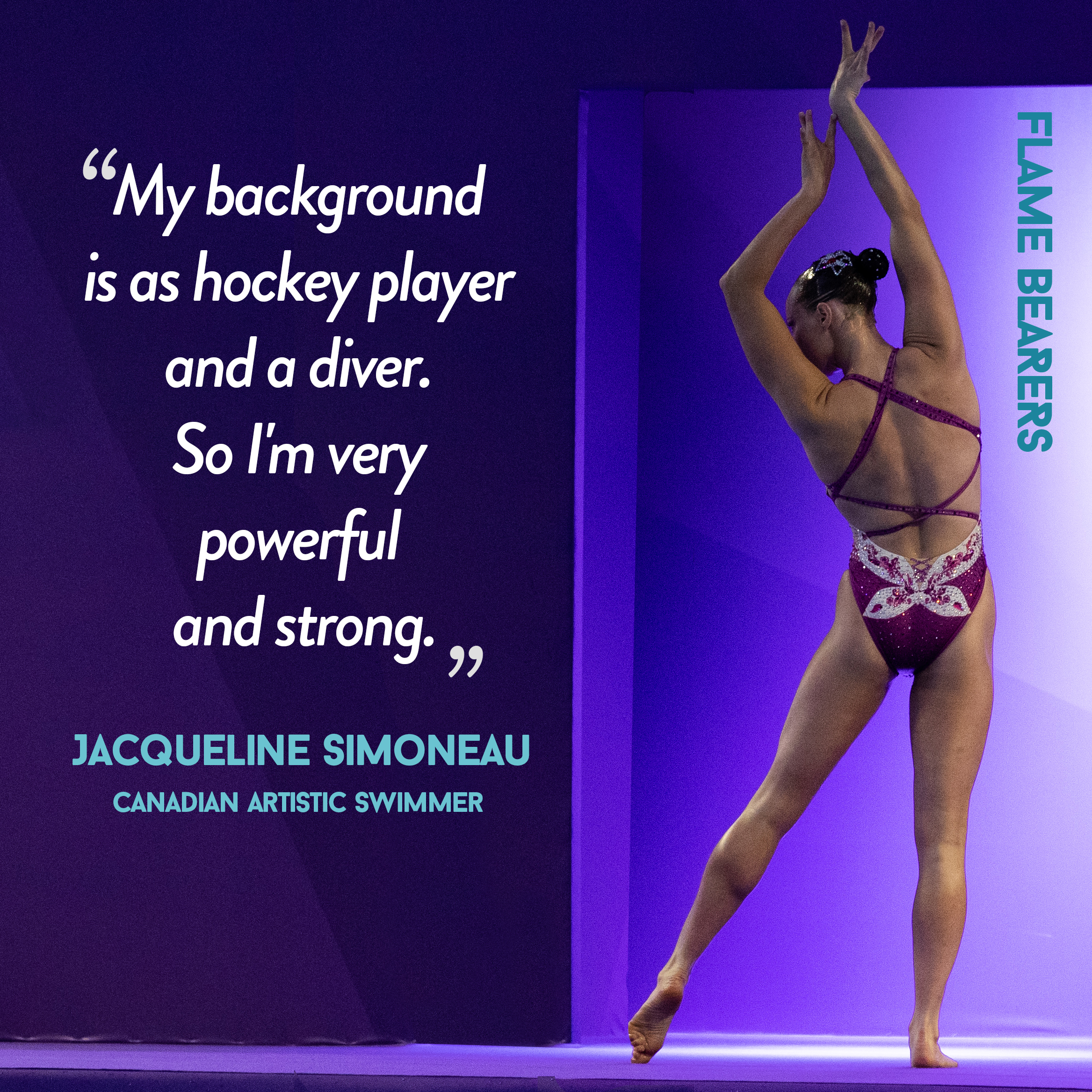 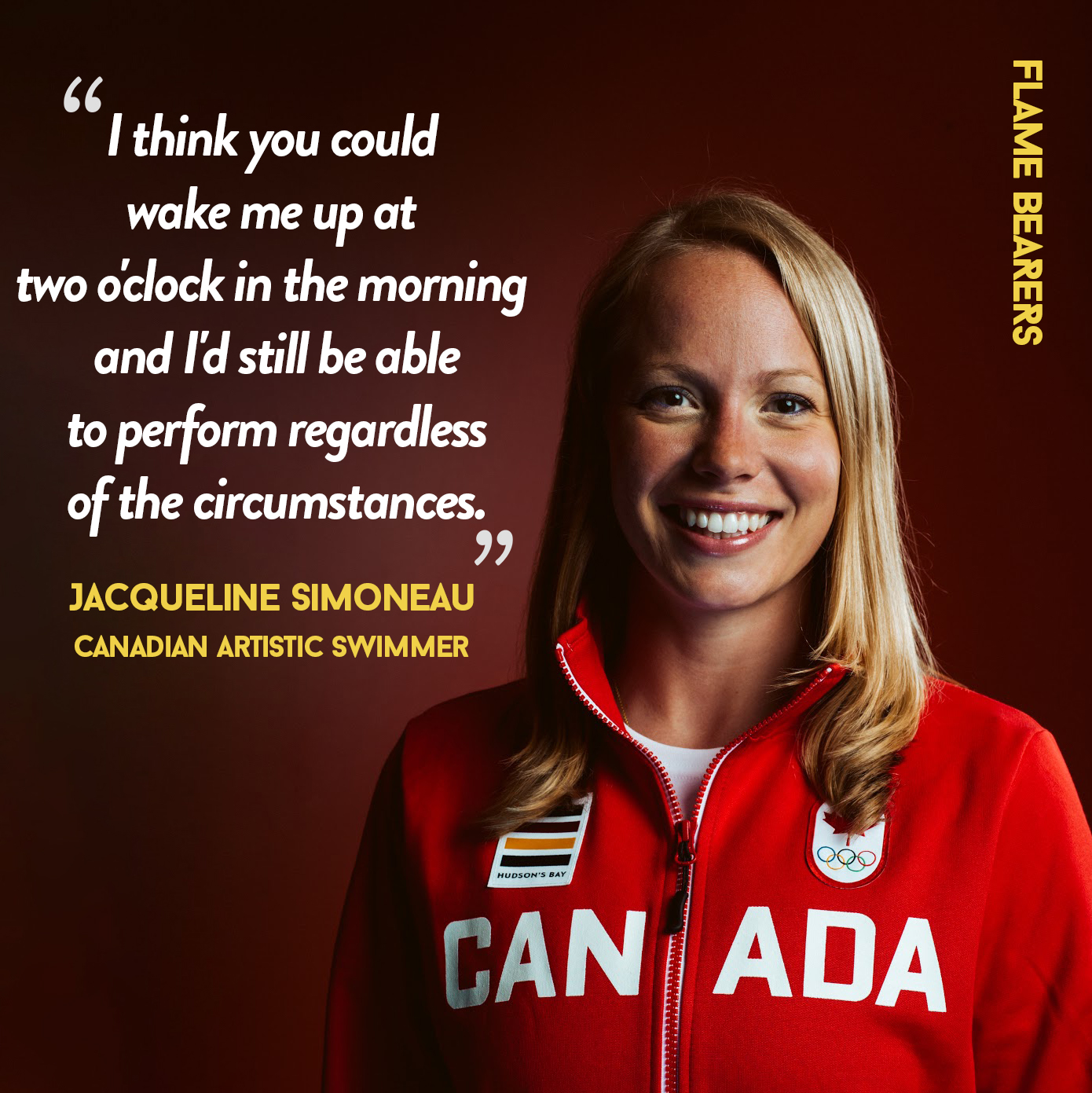 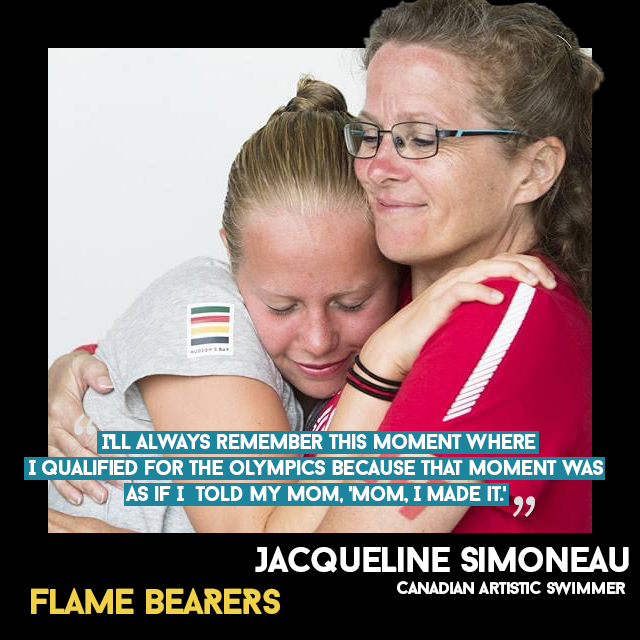