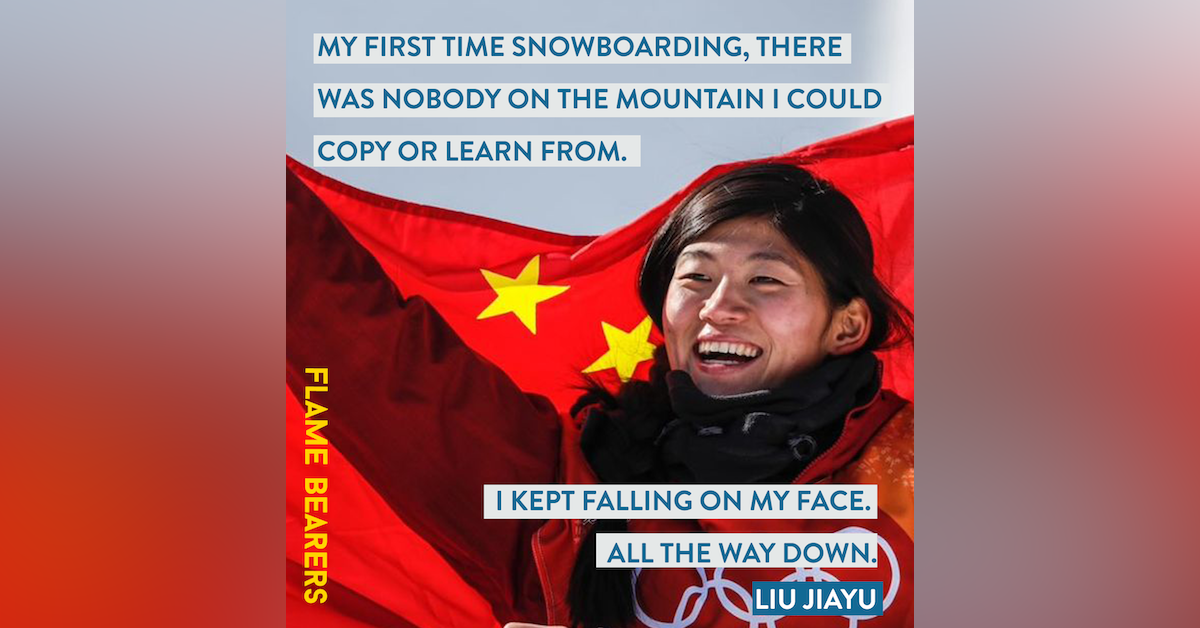 Liu Jiayu goes by Birdie because of the height she gets in the half-pipe -- she FLIES. That said, it hasn't always this way. Liu Jiayu started snowboarding at age 11 when the sport didn't really ex...

Season 3
Liu Jiayu goes by Birdie because of the height she gets in the half-pipe -- she FLIES. That said, it hasn't always this way. Liu Jiayu started snowboarding at age 11 when the sport didn't really exist in China, so she didn't have people on the mountain she could copy or learn from...she spent her first day falling down the mountain: "It was the kind of day I'll never forget" she says. Flash forward to today, and this 6x World Cup Champion and Olympic silver medalist, is the face of snowboarding in China. She's an Olympic veteran, having competed in four separate Games (2010, 2014, 2018 and 2022), and was the first woman to win an Olympic medal in snowboarding in the history of China (Silver, PyeongChang, 2018). That said, what's most important to Birdie, is having fun and using the sport to grow. In today's episode, Birdie shares about her greatest role model, her grandma, and her prioritization of happiness. "Love yourself. No one else is you, so you have to be the one to have the confidence to be happy with who you are." Production Team's Favorite Quote: "Everybody is the same. Nobody is higher or lower. You just do you." This was our team's favorite quote because it encapsulates Liu's deep humility, which can sometimes evaporate with success. Not for her. Contributing Guest: Susan Brownell (Professor, Anthropology, University of Missouri and St. Louis, China specialist). Media clips from the following sources: - FIS Snowboarding YouTube Page 'Liu Jiayu | "I'm happy to win in China" | Women's Halfpipe | Secret Garden | FIS Snowboard' - Sportsnetwork YouTube Page 'Snowboarder Liu Jiayu wraps up from Universal Sports' - CGTV's "Beijing 2022 Winter Olympics: Chinese Olympian Liu Jiayu shares thoughts on snowboard training and upcoming Winter Games," 11.28.21, https://news.cgtn.com/news/2021-11-28/VHJhbnNjcmlwdDYwNzEw/index.html - "China's 'Birdie' Liu Jiayu: Facing her fears and ready to rock," Ken Browne, 1.26.22, https://olympics.com/en/news/liu-jiayu-snowboard-china-olympics - Cyrus Janssen's YouTube Page 'How Will China Perform at Winter Olympics? Liu Jiayu Could Win Snowboarding Gold'