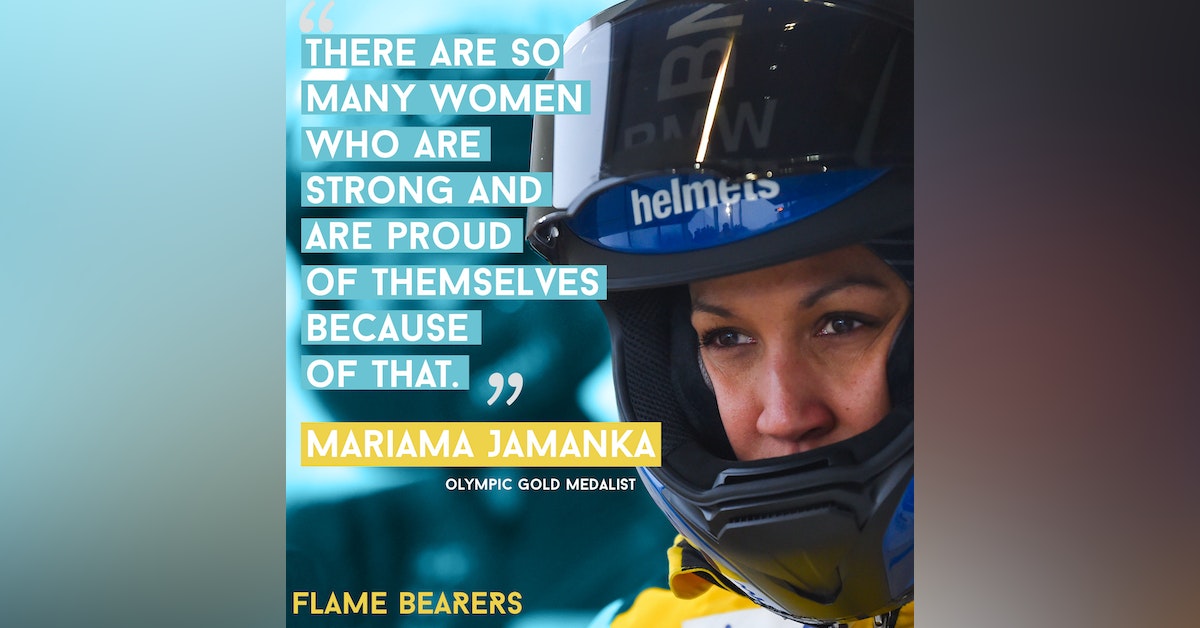 Reigning Olympic gold medalist, Mariama Jamanka never thought the words 'Olympic Champion' would apply to her, as a relative newcomer to bobsledding and as a member of the former 2nd German sled. In PyeongChang, Mariama and brakewoman, Lisa Buckwitz shattered all expectations, shocking the world by winning gold. In this episode, we speak with Mariama about her underdog gold medal and what it’s like being a woman of color bobsledder. Going into the 2018 Games she kept thinking, "We are not the favorites. I have never won a medal for first place." Hear how things have changed. 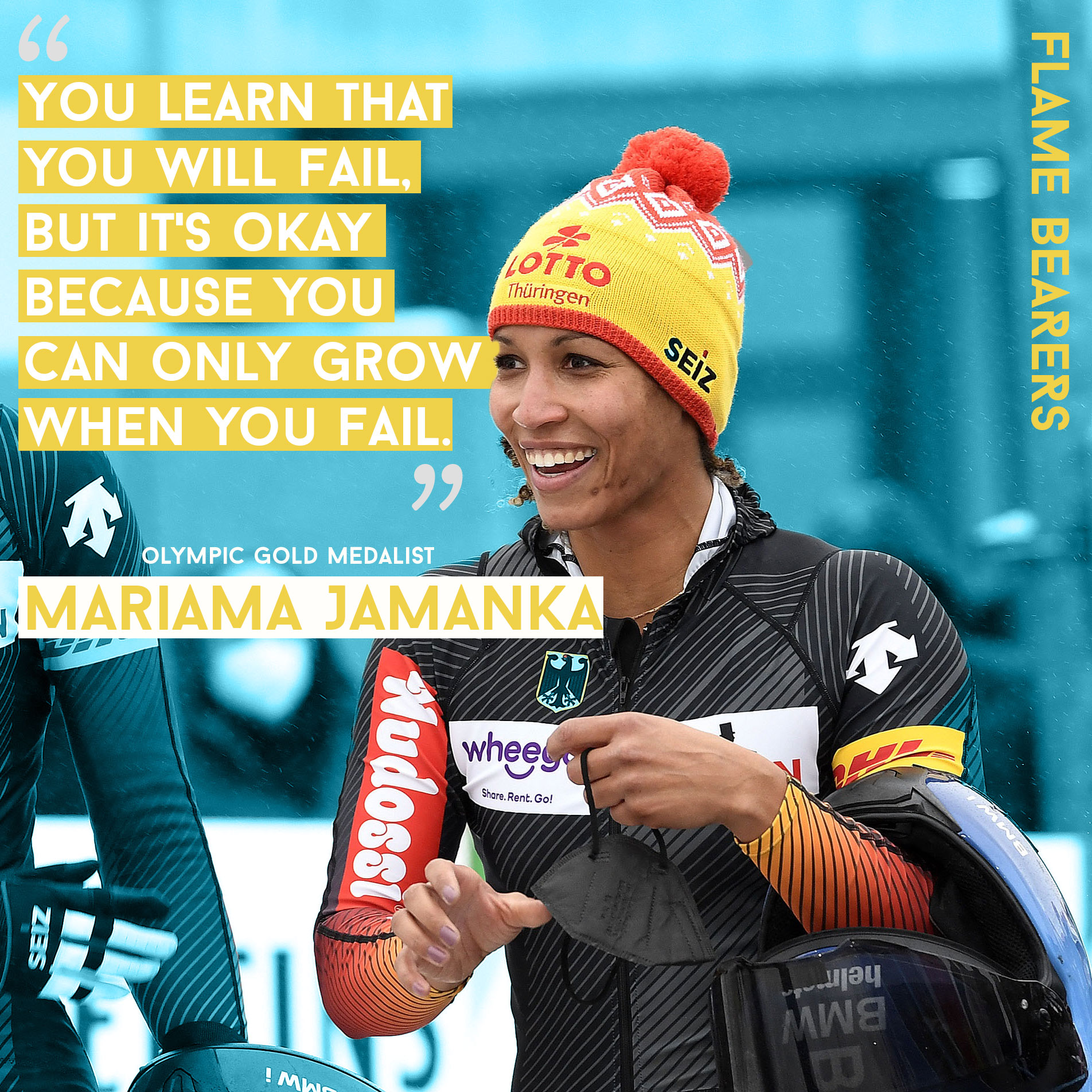 In this episode, we speak with reigning Olympic Gold Medalist Mariama Jamanka of Germany about her underdog gold medal and what it’s like being a woman of color bobsledder.

Mariama never thought the words Olympic Champion would ever apply to her. She began bobsledding when she was 22 with the mentality that people with more experience had a leg up. Bobsledding is a sport for adrenaline junkies and involves either one, two or four people on a sled racing down an ice track. Heike Groesswang, Secretary General of the  International Bobsleigh and Skeleton Confederation, describes the three key pillars of the sport: physical strength, the technical aspect of your equipment, and personal skills and talent of the team.

While Mariama found the sport fun, she never even considered going to the Olympics.  However, she started getting better and better and became a pilot at the World Cup. When she beat the top athletes in the sport, she knew it was time for the Olympics. In the 2018 Olympics, the German bobsleigh team weren’t expected to medal at all, and were considered underdogs. Going into Pyeongchang, Mariama was in what was considered to be the second sled. Much to her surprise, she won gold. Groesswang recalls the emotional moment of victory and the price and surprise Mariama experienced. Mariama is now on her way to Beijing, where the track isn’t an overly dangerous one! 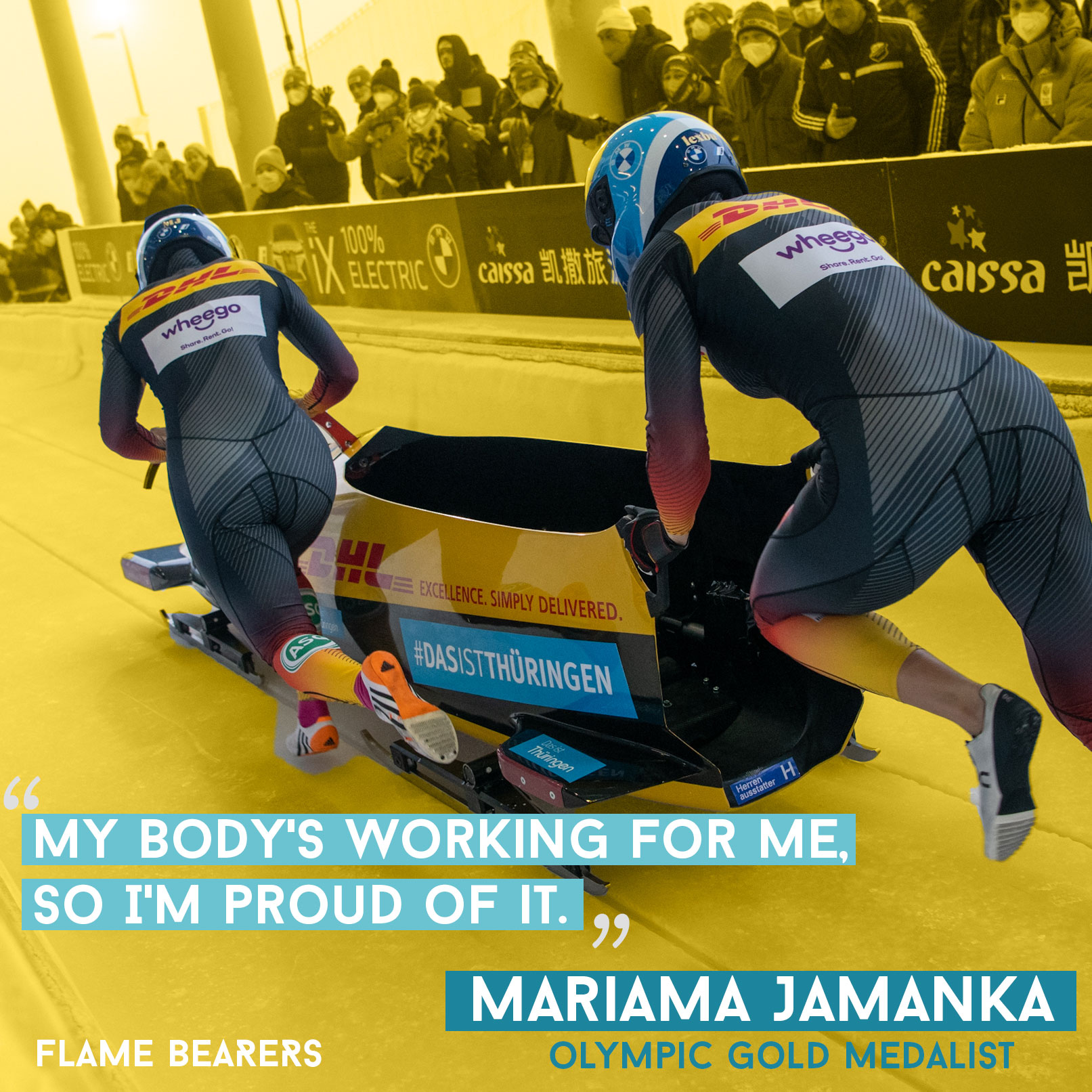 Mariama is an advocate for more women to join bobsledding, and recently joined a social media campaign to encourage more women to join in. Bobsledding is a difficult sport which requires you to be strong and heavy, which isn’t considered the ideal female body type. She is proud of her body, which is working with and for her. Then, there is an additional layer of being a woman of color in the sport. Because of the sport’s origin in track and field, bobsledding is more representative of women of color, but still they have a long way to go. In the winter Olympics, it’s rare to see a person of color participating, much less taking home a medal. For listener interested in bobsleighing, Mariama urges you not to be afraid to try it out, because you never know how good you could be. 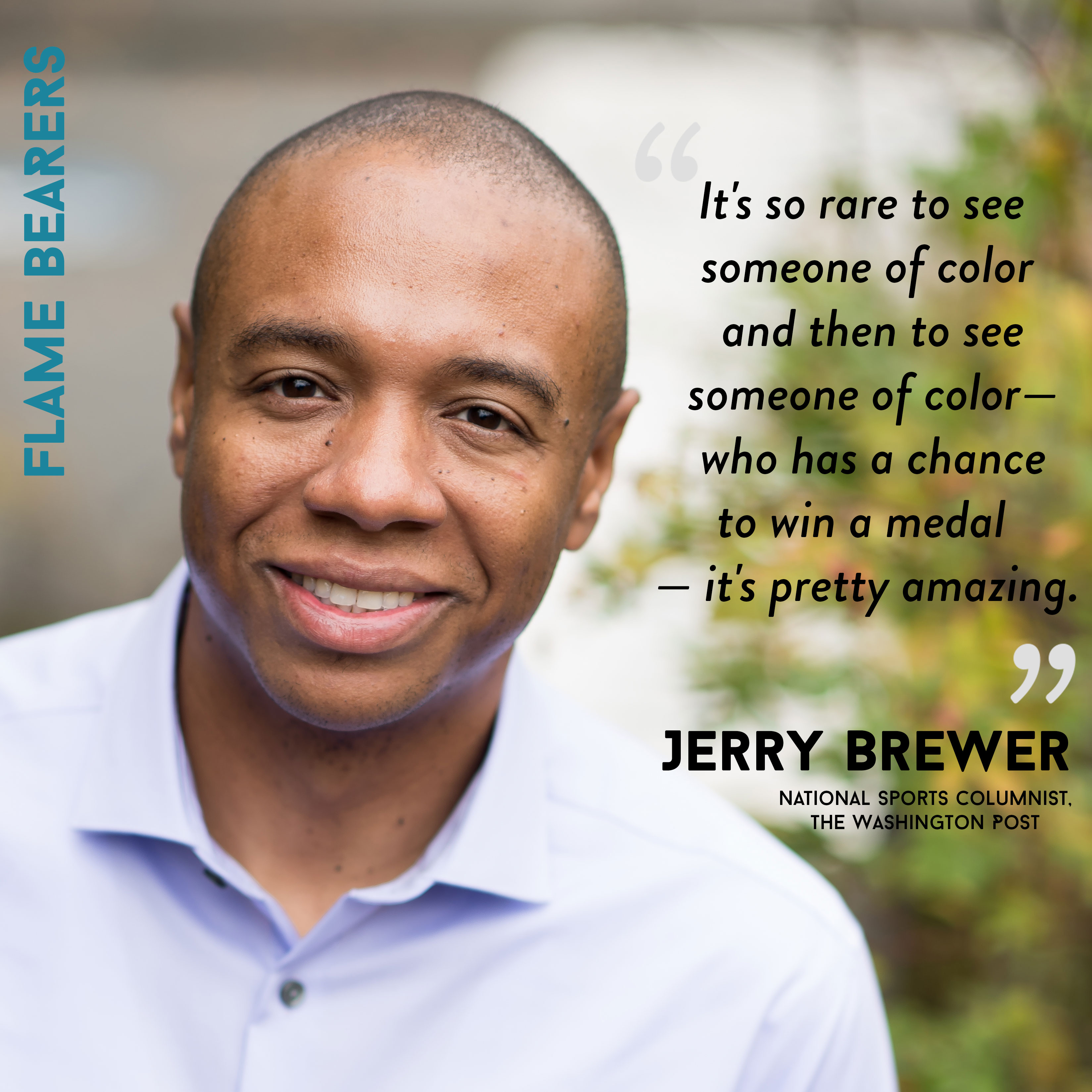