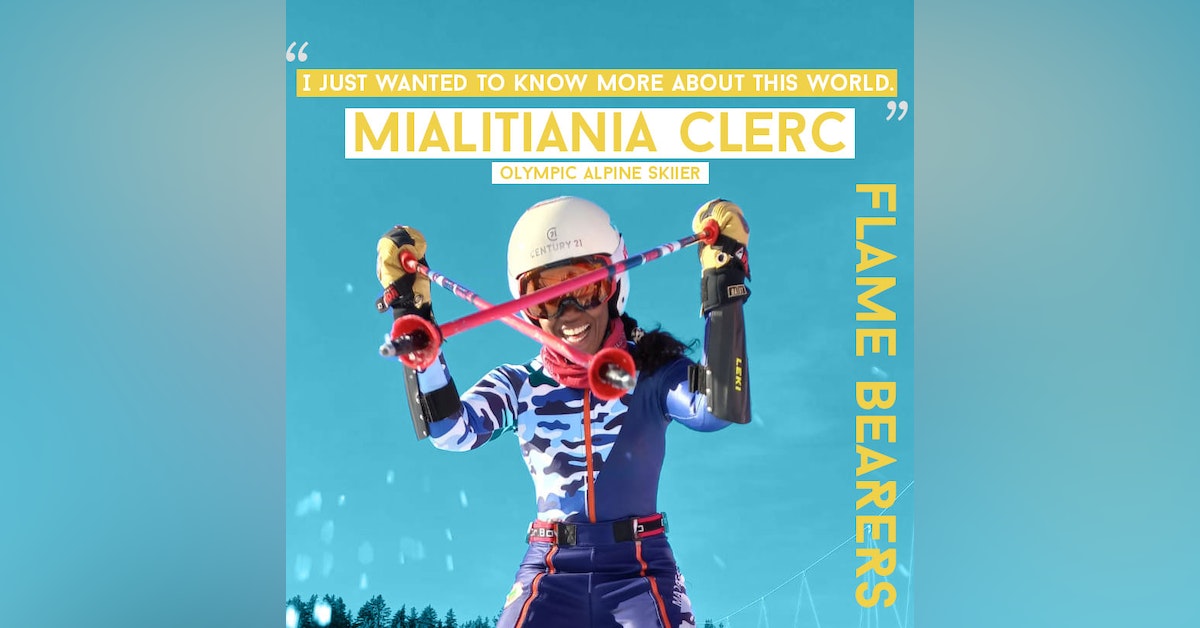 Mialitiana (Mia) is the first woman Winter Olympian from Madagascar and her goal is to "inspire all Africans." While she grew up in France with her adoptive parents, a big part of Mia's identity is as a Malagasy, and she wants to be living proof that a black African woman can reach the top in this sport. In this episode, Mia shares what it means to be the first and only Malagasy woman to compete in the Winter Olympics, as well as about her remarkable recovery from her broken tibia and fibula less than a year ago. 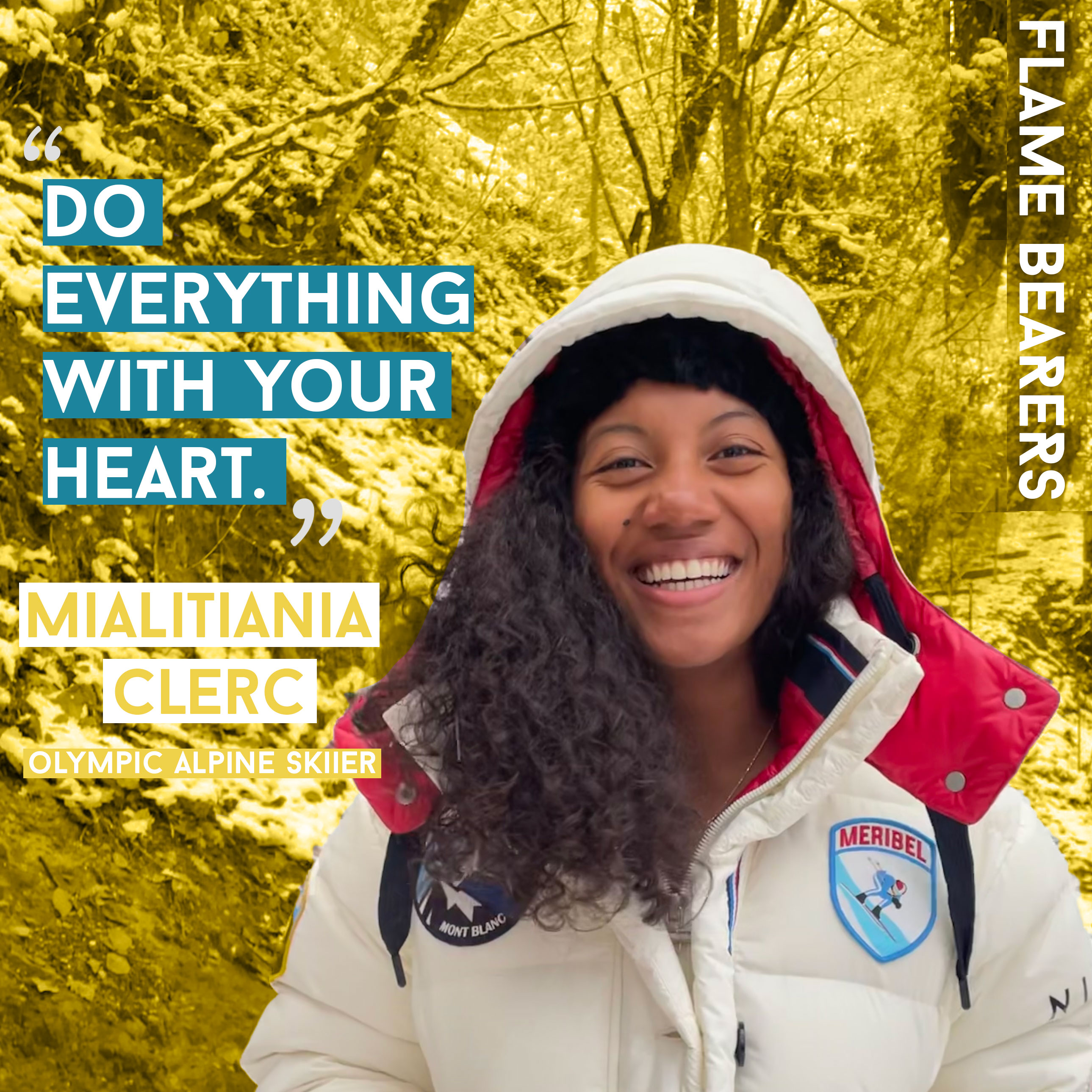 In this episode, we speak with Olympic Alpine Skier Mialitiania Clerc of Madagascar. Hear about her journey from adoption to her meteoric rise to skiing stardom, all while being the only female to have ever competed for Madagascar in the winter Olympics.

Mialitiania was born in Madagascar, an island which has not a trace of reputation around skiing. At one year old she was adopted by a French family,  and has lived in France ever since. She began skiing at just 3 years old, and racing at the age of 8. Mia became enamored with the world of racing, training and being part of a team. This happiness is due, in part, by her loving and welcoming adoptive family who introduced her to skiing. One thing listeners may not know about Mia is that she always wants to help others.

5 years ago, Mia was still racing for France. She had to make the difficult choice to continue racing for France on a team she didn't care for, or  begin racing for Madagascar. She is proud to represent her country, even if most of the population doesn’t know much about the world of skiing. Madagascar is considered the 5th poorest country in the world and is suffering from a slew of climate-related issues. To be a woman of color skier means a lot for Mia, because she is very inspired by American women of color. Previously, she has said that she wants to inspire all Africans. This is so important to her because there are not a lot of Madagascan people in large events or competitions, especially in alpine skiing. She hopes to inspire more people to take the chance to represent their country. 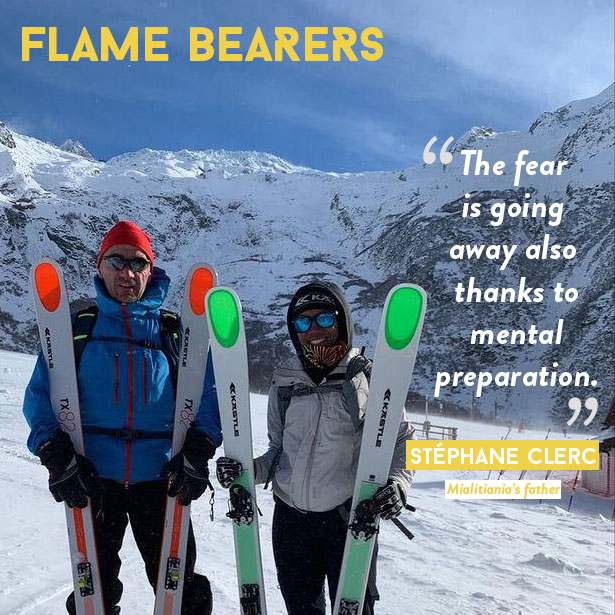 Last January, Mia suffered an injury which forced her to end her season early. She attended a physical therapy center to help her mental and physical recovery, while continuing her studies in the meantime. She was able to return to the sport in July, though she was hesitant at first to push herself too far. These days, her fear is going away and her pain is subsiding. In the upcoming Olympics, she hopes to have even better results despite the time limit for training. To the Africans looking up to her, she says to follow your dreams and do everything with your heart. 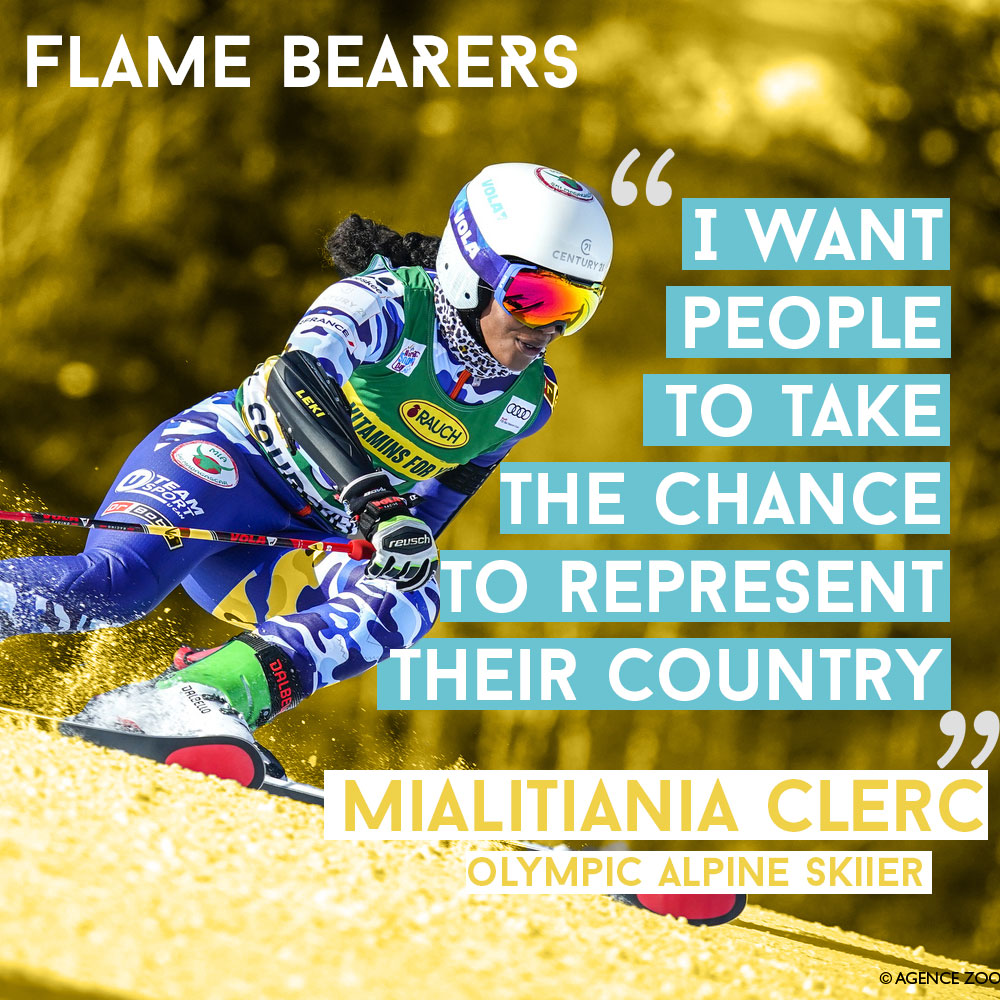 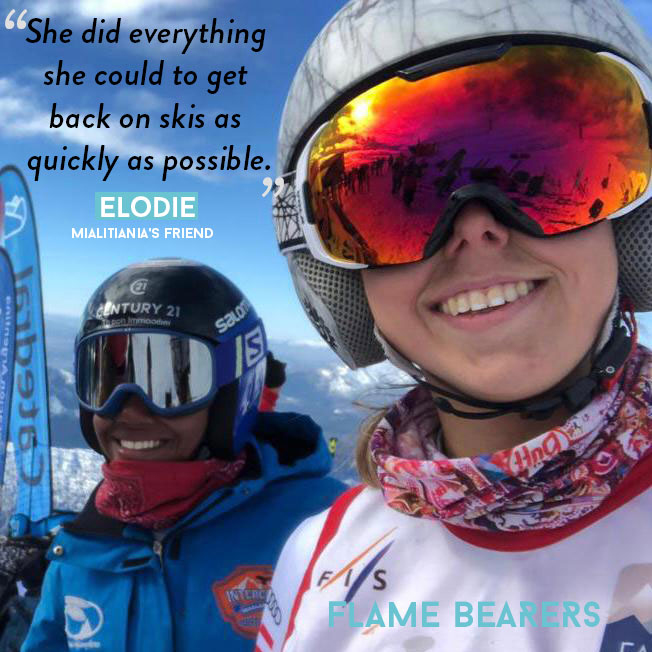